ButterflyProj1December 6, 2011 SUPPORT US, Youth Blog
LIFE UNDER BUTTERFLY PROJECT.
My name is Obuk Charles. I am a member of Butterfly project but from Northern part of Uganda so by me coming from Northern, I am among Butterfly North.  I am one of the member who comes from the disadvantaged areas of Northern Uganda. I joined this project this year in February after passing the interview and the project brought me here in Kampala as a project member.

When I joined this project, I started schooling from Chrysalis Senior School and I am in S.1.   Chrysalis school is a school for young social enterpreneurs who are interested in learning more and new things. This school is set up in Kampala, Kireka, Kinawataka road. The school is near the Acholi Quarter.
The Chrysalis school is a school for the Butterfly Project and the Director of the Chrysalis School is the Director of Butterfly Project.
The Butterfly Project is the only project which is empowering gifted and talented young Ugandan youth. It helps children from disadvantaged areas especially rural children.   It consist of members from different geographical areas which include those one from Northern Uganda that has been affected by L.R.A (Joseph Kony)
Northern Uganda is the region that Kony had most attacked and many people were killed.   Both parents and children were killed with their young babies on their backs and other youth who were energetic were abducted and still now they are not shown up even no information has been discovered as to whether they are still alive.    People have been moved to camps where there has been a lot of epidemic diseases e.g hepatitis E and cholera. People have been in poverty and famine where by World Food Programme, United Nation(U.N) and Red Cross has been providing food to those people.
On the lefthand side is how people are killed by L.R.A and in middle is the photo of camps while in the last side of right hand is the photo of child soldiers which are abducted by L.R.A. 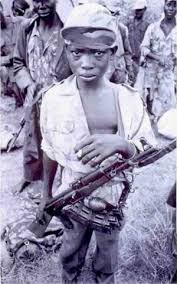 Butterfly Project has also members from Western and Central Uganda. Those members are the Pioneers group, as they started before us in 2009.
VILLAGE LIFE.
Life in the villages is somehow hindering in children’s lives. In the villages, children are not given a chance to enjoy their rights as they grow up.  Children are denied a chance to interact with others.  They are given hard work which lowers their efficiency and weight.   Such problem leads children to start running away from home coming to live in the streets.
In villages, most pupils doesn’t know how to speak English and hence fail to perform well in exams. No teacher teaches in English and that is why children fail to know English. Most of the teachers come to school when they are drunk and hence they can not give enough skills to pupils and some children adopt their way of life and become frastrated hence stop schooling.
In villages, we are punished corporally which make us unhappy with our parents. We are often given a large piece of land to dig.

Children lack their basic needs which make them sometimes not be at home and start working along the street in order to get what they want and these basic needs include clothes and food beacuse sometimes children are starved at home. 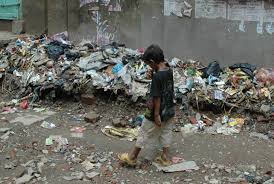 Children rights such as the right to play, the right to education, the right to medical care, the right to eat and the right of freedom are not well cared about and most of them are neglected and denied children from enjoying them.
In the villages, there are high rates of early marriage between boys and girls. A boy of 15yrs old getting married to a girl of 14yrs old. This is because of lack of needs. You find that some one is having a lot of cattle and the girl from a poor family is forced to get married to the other boy whose family has a lot of cattle.
In the villages, there is a high rate of defilement and rape. A man of 30 years old has played sex with a girl of 14 years old. This is because of a lack of knowledge.   Through this unwanted pregnancies are caused which lead to abortion. It also causes the spread of HIV/AIDS which is affecting people seriously these days.
The above are the problems that affect the children living in rural areas and the below are how the butterfly project has helped me and other rural children.
WHAT DOES THE BUTTERFLY PROJECT DO?
Butterfly is a project for empowering young gifted and talented young Ugandan youth.
The Chrysalis Centre is the empowering centre. It not only deals with its members but also with other kids who are interested in learning more and new things and have a passion for developing the community.  The Butterfly Project carries a lot of things and activities at the centre and everyone has a chance to take part in different activities.
The Butterfly Project encourages children and gives them a chance to what is right.
All members at the Chrysalis Centre are given an opportunity to start their own project. At the Chrysalis Centre different projects are run by different members.  My project, for example, is known as ‘DRAMA PROJECT’ and my first topic was about street kids.   We have been acting with my members that I have recruited. The play was created by me because when I joined this project, we toured different places arround Uganda. So while we were travelling, I saw a lot of kids who doesn’t have even clothes to put on, others are sleeping on the outside floor of the house while others are begging.   I went and sat thinking of what to do and I thought of Drama. This was all as a result of learning from the Butterfly Project and knowing people overseas.
At the Butterfly Project, we are given a chance to do a video on what we see that is not bringing change in the community.   We are given a chance to enjoy our rights e.g by taking us to compete with other children from different areas like playing football with them, making beads and many other activities.   These again were all the result of the Butterfly Project and knowing people overseas.
I learnt how to use computer at the Butterfly Project and I started to know about many important people around the world and also lots of other useful information which I didn’t know through researching them on computer.   I have learnt a lot about people around the world and have made friends on Facebook which is so important.   It is my responsibility who knows these things to make sure that those who are in the villages and are not having a chance of being in the Butterfly Project should know too.
Also, I think it is important for people around the world to know the voice of children living in the rural areas in Africa.
THE WAY THROUGH WHICH THE PEOPLE FROM OVERSEAS HEAR THE VOICE OF CHILDREN LIVING IN RURAL AREAS.
1. By setting their project in the rural place the Butterfly Project has led many childen to be known to people overseas  and our voices are raised by doing videos and writing blogs.
2. If the government of the countries of Africa have all constructed electricity in the rural areas, the children would at least start using computers in the villages and they could be able to find their friends on Facebook from outside countries where they may be able to raise their voices by either through blog or on chat.
Charles leaves the Chrysalis Centre tomorrow to return to his village in Agoro.  At the moment, we cannot support him next year, so please consider supporting the project through StartSomeGood or contacting us through our web-site
Africa, blog, children, drama, poverty, streetkids, Uganda

One thought on “Hearing the Voices of Rural Children in Africa”